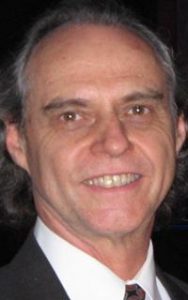 Gerard Poortinga, DC has practiced nutrition and applied kinesiology as a chiropractic physician for 35 years. He focuses on improvement of functional. health, with relief of symptoms and maintenance of cognitive function being particularly important.

He received a BA in English from Hope College, taught public school fourth grade for two years while doing graduate work in education, then worked three years in Chicago as a commercial casualty underwriter for the Insurance Company of North America.

For eighteen months, he attended the weekly healing class of Dora Kuntz, President of the Theosophical Society and founder of Therapeutic Touch.

He entered the National College of Chiropractic in 1972, first receiving a BS (North Central Accr.) in Human Studies, and the degree Doctor of Chiropractic in 1979. His was awarded certificates including Clinical Laboratory Diagnosis, Physiological Therapeutics, and Meridian Therapy Acupuncture.

He was a student member of the research committee of National College, after which he was the staff member of the Journal of Manipulative and Physiological Therapeutics during its founding year, when it received Index Medicus inclusion.

In 1989, he received the President's Award for production of “Low Back Pain, Chiropractic Results,” a consensus document of the Ohio State Chiropractic Association, which he served five years as Resource Chair.

He was designated a Certified Chiropractic Sports Physician by the Council on Sports Injuries and Physical Fitness of the American Chiropractic Association in 1990. He is a Fellow of the International Academy of Medical Acupuncture.

Dr. Poortinga enjoys a family of three young adult children, and has been in private practice in Yellow Springs, Ohio for 35 years. He maintains that what is generally most important to him is the one above, and the one in front of him.

Your genes are not your fate, take control of your destiny
Shop Supplements
Copyright 2020 - All Rights Reserved
Back To Top
×